The acquisition of Abar Automation

The start of Abar Automation

In December 1998 Brian Hill and Jack Damen, both working for the Japanese company Newlong Holland, decided to start for themselves.

They started the company Abar Palletising from Halfweg (near Amsterdam), thinking deploying robots for loading pallets was a gap in the market. It soon became clear that loading crates, boxes and dollies was much more interesting for the suppliers of the supermarkets. They decided to expand the range of automation solutions. As the company name did no longer fit, the name was changed to Abar Automation.

Strong presence in the United Kingdom

Brian Hill’s English roots more or less naturally led to a focus on the United Kingdom as a sales market. Abar Automation experienced rapid growth, mainly due to word of mouth as a result of well-completed projects. Soon a common saying in the UK was: “If you need automation, you need to talk to Abar.” 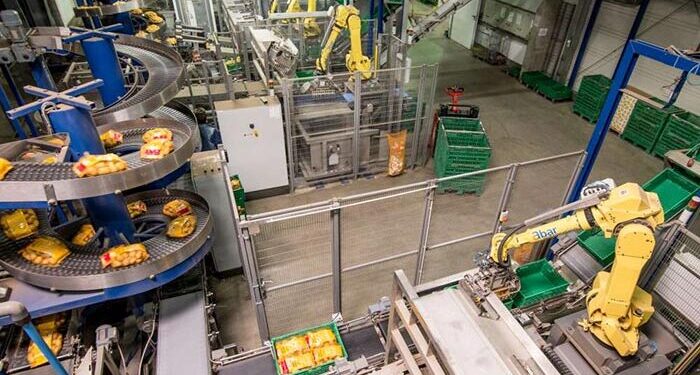 The acquisition by Lan Handling Technologies was completed mid-2015.

Abar Automation had built up a strong reputation in the world of End-of-Line automation. The projects got bigger and bigger. A reliable technical company was needed to take the company to a higher level. In 2015, Lan Handling Technologies B.V. from Tilburg (previously active in the field of product handling systems) secured all shares and thus the growth of Abar Automation.

Nowadays: a specialist in End-of-Line automation

Lan Handling Technologies, former Abar Automation, is your single-source supplier for End-of-Line automation in the food and packaging industry. Our solutions are designed for fresh produce products (bags and nets), ready meals, skin-packaged, top-sealed and flow wrap products. But also the handling of industrial goods is our expertise. In the past 20 years, we have successfully completed over a hundred projects worldwide; from complete turnkey solutions to the integration of crate de-stackers, crate erectors and palletising systems into existing production lines, among other things.

From 5kg to 200kg: Abar has developed robot palletisers for your desired speed, available space and budget.

Our bag palletisers can handle up to 26 units per minute. Gripper adjustments for pallets and slip sheets are common. Just like the integration of a turn unit or bag flattener before they get on the pick-up table. Do you want to palletise crates? Our systems match perfectly with Europool, CBL, IFCO and bale arm crates. But other packaging forms such as buckets, boxes and jerry cans are also possible. 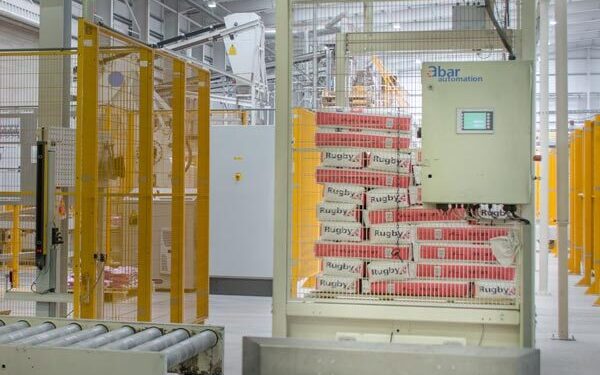 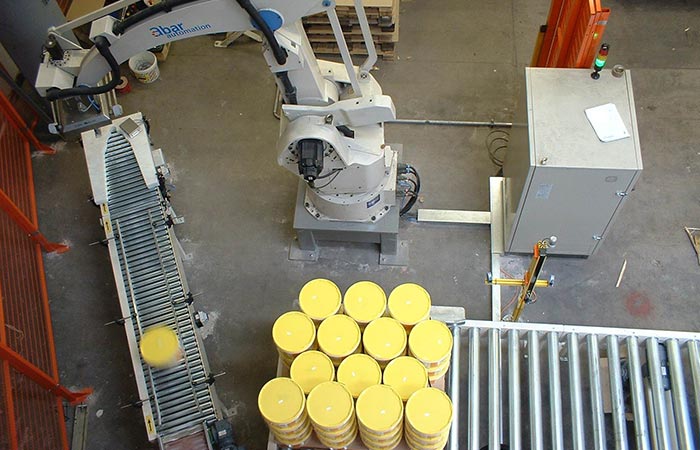 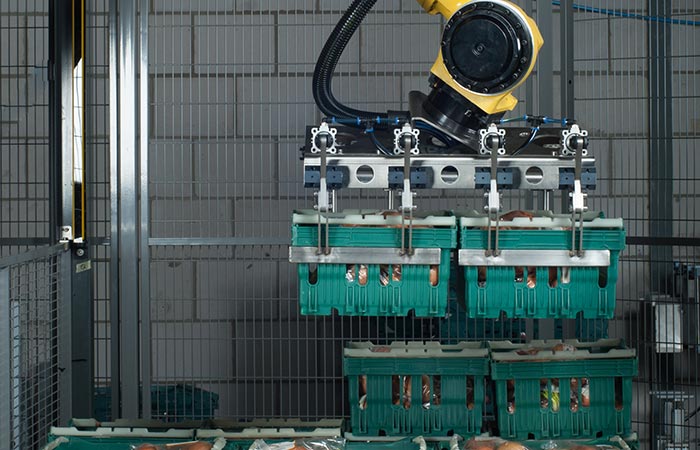 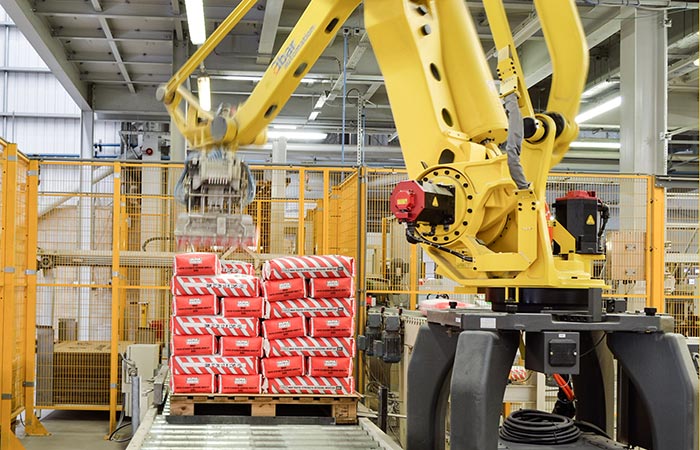 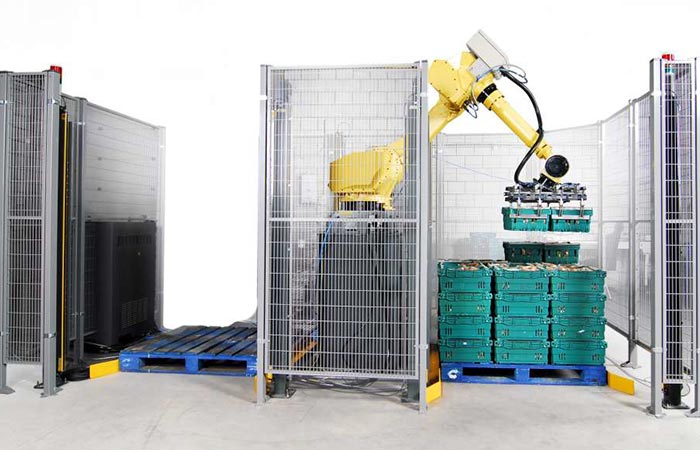 Case packers for trays and bags

Then you should contact Lan (former Abar Automation). An industrial robot is the center of the robot cell that performs the specific pick & place task. Handling skin pack, top seal and flow wrap packaging, which usually contains fish, meat and chicken products, we often use a vacuum gripper. In most cases we advice a mechanical gripper to load nets, jute and plastic bags. 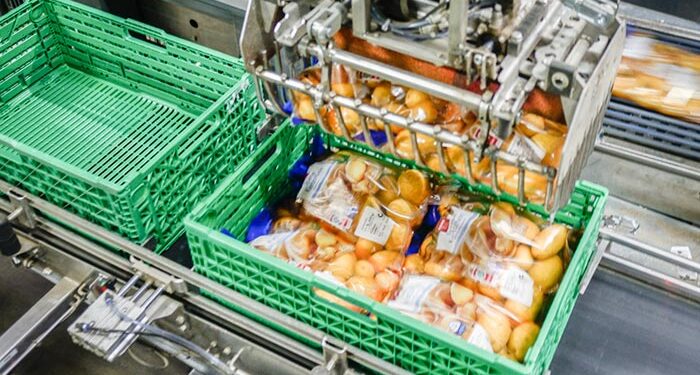 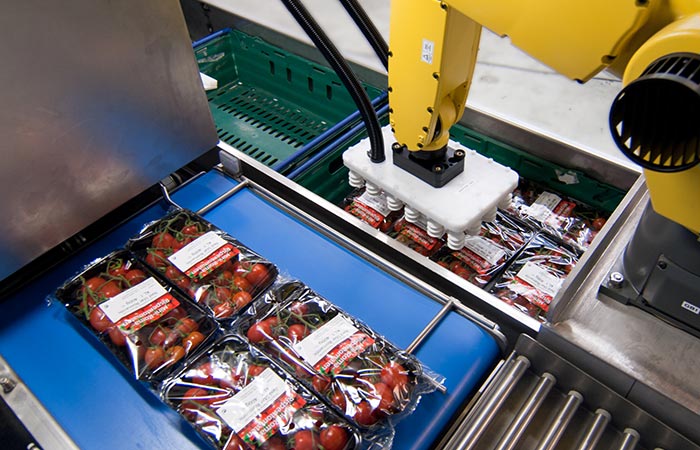 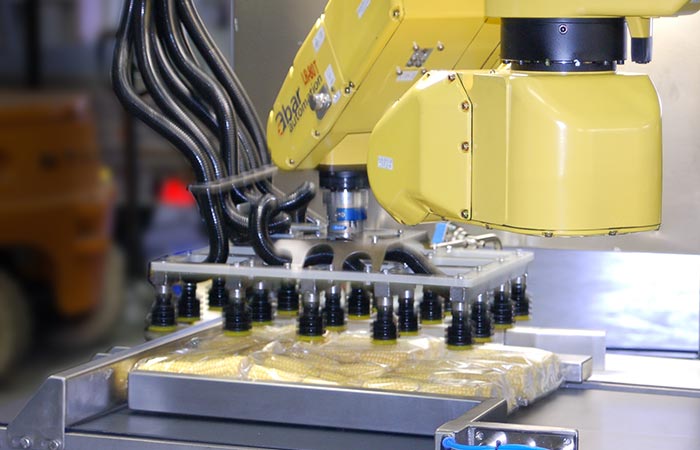 Brands we work for

We have a solution that fit your needs. 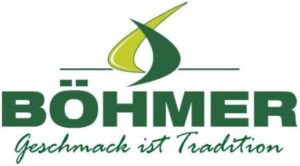 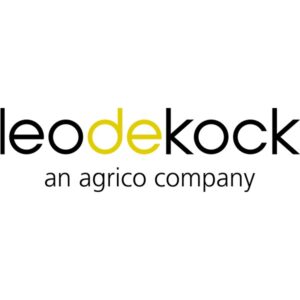 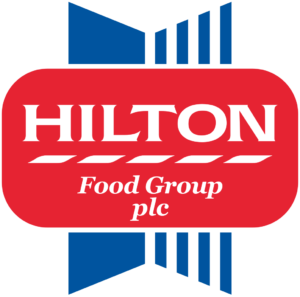 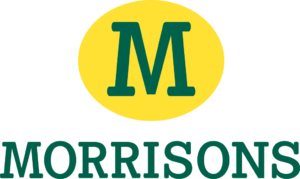 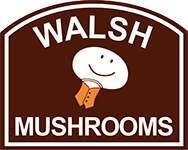 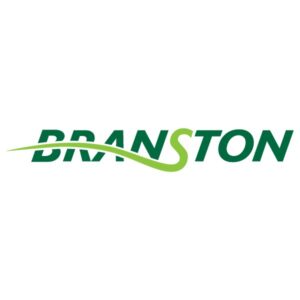 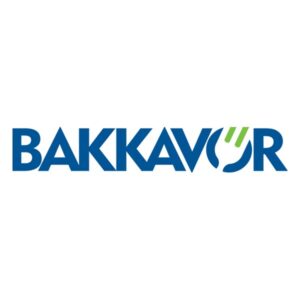 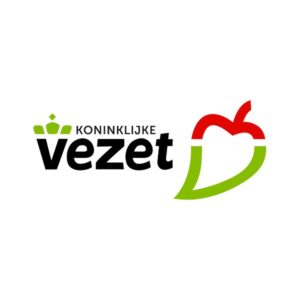 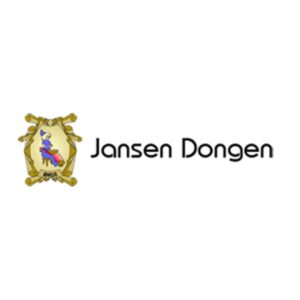 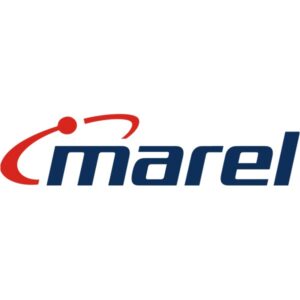 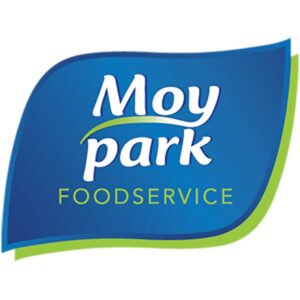 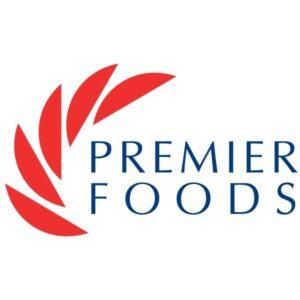 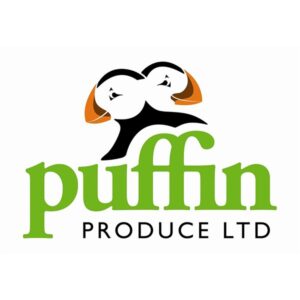 The name Abar Automation may have been replaced by Lan Handling Technologies, yet the expertise in End-of-Line automation is not changed. Many of our colleagues have worked for our company for many years and transfer their knowledge and enthusiasm. Feel free to contact us. 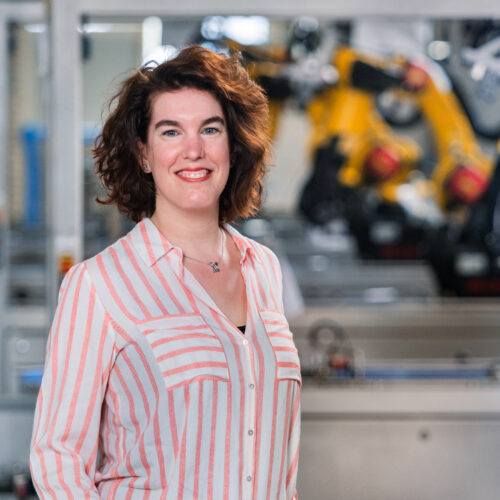 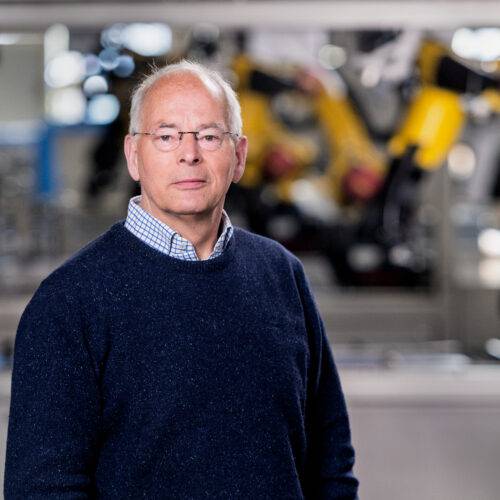